Mattie P. Dawson, a True Woman of God, is the epitome of a virtuous woman as described in Proverbs 31:10.  Evangelist Mattie P. Dawson centered her life around prayer and her prophetic gift, exemplified her close personal relationship with God, she and her husband, Bishop Harold Dawson, Co-founded New Hope International Ministry (N-HIM). She was the Co-Overseer of N-HIM affiliate churches in the United States and South Africa for 25 years. The fruit of her strong prophetic vision led to the ministry in South Africa beginning in 1985. Over a ten year period, 140 churches throughout South Africa received spiritual leadership and direction through the joint ministry of Harold and Mattie Dawson.

Sister Dawson made annual mission trips to South Africa visiting schools, churches, and government leaders to share her prophetic vision for a restored South Africa.  She was the founder and organizer of the blessed sisterhood, Elogeme Adolphi Christian Sorority, Inc., establishing the Genesis Chapter at Bradley University in 1987, and expanding to campuses in Illinois, Louisiana, and Florida.  Sister Dawson was the founder of Women With a Purpose (WWP) and an ecumenical women’s movement called Daughters of Destiny.  “It is He that giveth thee power to get wealth,” she declared as she established Coalesce Enterprise and Ipenshisi International (Peaches in Zulu).

Evangelist Mattie P. Dawson was a wise woman, an avid reader, and pursued studies in Theology, Business, and Political Science.  She was a caring wife of Bishop Harold Dawson, loving mother of four beautiful children: Sheirie, Shannon, Harold, and Ahmad. Her children, nine grandchildren, five sisters, and one brother rejoice in her memory and seek to carry out her legacy.

Mattie Pearl (“Peaches”) Dawson, your works speak for you.  So we Behold A Truly Virtuous Woman!! 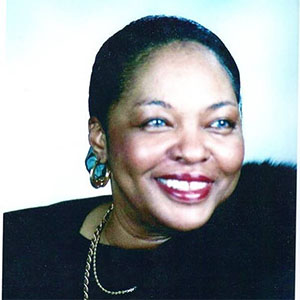 Dr. Denice Ross Haynes is the Founding National Advisor of Elogeme Adolphi Christian Sorority, Inc. She played a pivotal role in setting the foundation of this God-given organization. As an admissions counselor for Bradley University in 1987, Denice allowed the Lord to use her in establishing the module process as well leading the first group of “Lively Stones” through the cornerstone module.

She led the team in the establishment of our first six chapters: Bradley University, Illinois State University, Bethune-Cookman College, Southern University in Louisiana, Northern Illinois University, and Northwestern University. She is also the writer of our theme song “We’re Moving On” and the “Sisterhood” song. Denice also started our “Just Because” ministry.

After leaving Bradley University, Denice completed her Master’s Degree at Illinois State  University and became the Director of Counseling and Career Services at Simpson College in Indianola, Iowa. She later completed her Doctoral Degree in Educational Leadership and Policy Studies at Iowa State University. She has traveled to South Africa and Israel many times.
She enjoys writing music and poetry. Some of her favorite pastimes are swimming, playing tennis and learning to play the guitar. But what she enjoys most is learning the many dimensions of God’s LOVE. Denice has two children, Adrienne, and Jeremy both of whom she is godly proud of.

Elder Judy Hendricks is an ordained Elder in ministry at New Life Christian Church (NLCC)  where Bishop  Harold Dawson Jr. is the pastor. She served in ministry for over 30 years at New Hope International Ministries where Bishop Harold Dawson  Sr. and her sister, the late Evangelist, Prophetess Mattie Pearl Dawson were Co-founders.

Elder Hendricks earned her Bachelor’s Degree in Sociology/Anthropology at Western Illinois University and her Masters in Human Development Counseling from Bradley University and NHIM Ministerial Training.  For over 30 years, she worked as an  Executive in the Illinois Department of Human Services where she dedicated her gifts to serve God and humanity. She was Administrator of the Regional welfare to work program, Project Chance. and was featured in Peoria Woman’s Magazine. where she was recognized for her work and years of service in the field of social service.  In 2000, she became the  Executive Director of  Lifeline Family Service, a multi-faceted social service agency;  where she remained until her retirement in 2014.

A  breast cancer survivor, she details her struggle (declaring “My Name is Judy, Not Job”) while glorifying God for her healing in her testimonial mini-book, “Bitter Waters”.  While interning at the New Leaf   Treatment Center, she developed a spiritual recovery module entitled “Living The Steps” bringing a message of hope and recovery to women in drug treatment. She has a passion for Missions and has made several mission trips to South Africa ministering at the AGCI National Women’s Conference in Johannesburg, South Africa. She galvanized support for the Thembelethu  Beaders Project  Int’l to raise funds for South African families affected by the AIDS epidemic.

Elder Hendricks shared in prophetic vision with her sister, the late Evangelist Mattie Pearl  Dawson for the spiritual empowerment of women in ministry. Her vision of women femininely dressed in the outer garment of pastels and frills but underneath arrayed in the warfare garments of army fatigues ready for spiritual combat. She helped to provide a supportive vision for the ministry of  Elogeme  Adolphi Christian Sorority, Inc .”Blessed Sisterhood”, founded by Evangelist   Mattie Dawson.  The lives of hundreds of young college women and community women in ministry have been transformed by the ministry of  Elogeme.. Since the Genesis Chapter was established at Bradley University in 1987, chapters have been established on university campuses in  Illinois, Louisiana, Georgia, Florida, and Indiana. Judy Hendricks has served as the National Advisor for Elogeme for over 25 years. She is also the founder  of “The Purple Hat Brigade” (PHB) (Jer.9:17); an  ecumenical  group of  women  who have “Been There, Done That ” called as  prayer- warriors,  and spiritual  mentors  charged with interceding  for the women of  Elogeme  as  well  as networking  intercessors to stand in the gap locally for  our  communities, cities, state, nation, and globally for our world.

Elder Judy  Hendricks, fondly called Sister Judy, Aunt, Judy, Dr. Judy declares as the essence of her personal testimony  “Great  Is Thy Faithfulness, O Lord, My Father, There is no Shadow of  Turning in Thee!!! 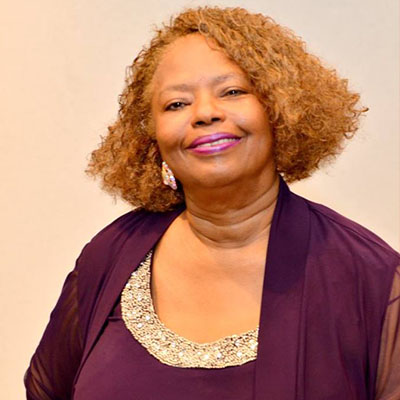